I’ve decided to start a monthly list (or bi-monthly – excuse me but eish some months di rough waitsi) of things I like and experienced that month. And what better month to start with then September (new thaangs, new thaangs)! The idea came from di app tsa Bonang le Khanyi that recently came out where they tell their fans about where they get “exclusive content” and “behind-the-scenes access” and I thought…hmmm maybe le lona le batla ho tseba? Yes? (Okay, let’s leave comments for after the post hee 😅 ). Here is the first list of the 10 things I loved and experienced in September (and a few months before that):

1. Essence Matt Lipgloss: issa nice entry-level matt lip gloss to try and I love the smell of it! 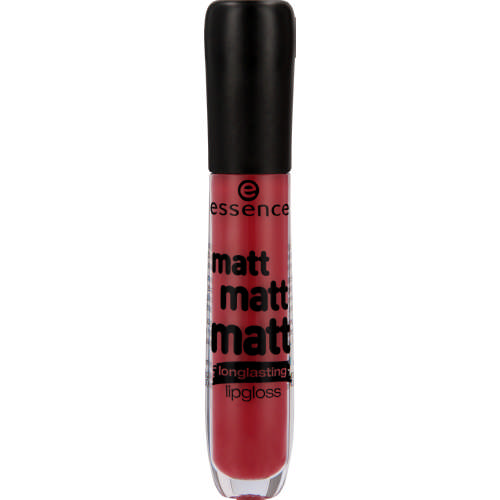 2. Halls Fruit Explosion: this was a very random pick but I was surprised by the taste. Halls is Halls but this one just has that thing… I won’t say much, try it out!

3. Design Essentials Coconut & Monoi: I took out my braids beginning of the month and I’ve been delaying with a new hairstyle because life is blogging all weekend now. After a week of letting my hair play for the first weekend of September (see below) it started shrinking and getting a bit dry thereafter. I put on the Design Essentials Coconut & Monoi sample I received from the Johannesburg Natural Hair Expo in May and it went a bit softer than usual. I didn’t like the amount oil it had in my hair (maybe I put on too much) but it definitely made my hair comb-able.

4. Tapiana in Sandton: because a glass of wine a day keeps the doctor away – I’m not saying that I go to this place everyday mara the idea of a secluded wine bar in my new work area just sounds good. Pop by, it’s at 164 Ann Cres, Simba, Sandton, 2031.

6. Mugg n BeanMugg & Bean Brings True Meaning of Sharing to Cupcakes 4 Cancer Initiative: I felt very honoured as newbie blogger to be selected for the #CupcakeForMyHero campaign and I have been actually been planning to write something about this cancer thing but… life. Both sides of my family have been affected by the disease and it’s something that I’ve been very scared of getting (because of this generational diseases). Cancer (or any other disease for a matter of fact) doesn’t leave a great “taste in your mouth” especially if you’ve lost close family because of it. With my family, the popular kind is breast cancer and we’ve also had throat cancer (on my dad’s side). I’m always game to get involved in such great initiatives (including the Playing For Pink Polo and iThemba walkathon that’s happening in October) where awarenesss is raised and there’s actual help in managing the disease (through Reach for Recovery).

Here’s more information about the initiative on my other blog: http://leafrinique.co.za/2017/09/06/mugg-bean-brings-true-meaning-of-sharing-to-cupcakes-4-cancer-initiative/

7. Meeting Upile: Uuuuh bathong, ne ke le naivas because I admire her so much and the guts it took for me to ask for these pictures (you will never understand) – I need an award for this lol. I had a rather “off-the-route” evening that day and as much as I would have loved to stay for her session I couldn’t (I couldn’t even get someone to sell me her book that night – so angry about that actually)… but I will forever treasure my pics and retweet her all the time on Twitter.

Left my shyness at the door and greeted her 😊😊😊 you are so gorgeous ausi @BeingUpile 👑👑👑 (twinning in blue dresses 😍) pic.twitter.com/P9UYYve8SU

8. Rouge’s #NewEraSessions Album: I think a part of me thinks she reminds me of Erykah Badu and another just appreciates how “The Future Is Female” she is. When I first heard of Rogue, I think was on Bua with Reason. I’ve been a fan of Reason and I was intrigued y this lady (because she made sense). When I heard Sheba Ngwano and Mbongo Zaka I quickly climbed into her hive – the music is sometimes commercial but this lady knows how to rhyme… I meannnn

I got to attend her album launch and buy the final product and let’s just say I’m getting closer to knowing all the words to the songs!

9. Hello Shweshwekini: bona I might not have a bae yet but this makes #relationshipgoals so near lol. Big ups to ausi Mapitso Thaisi for introducing di Shweshwekini – now we can proudly go swim as black Sotho mense lol. Find her here: https://facebook.com/Shweshwekini

10. The Filthy Moustache: I have no words for this… you need to eat there and feedback! 🤤

Had the best burger ever in my life maobane 😭😭😭 craving it right now. @FilthyMoustache that Brostache is heavenly 😰 #StreetFoodZA pic.twitter.com/73ZehtngSM

I consider them my family by now really. Every time I go popnize myself ko salon or at home (by my friend Tebogo) I always go prefer to plat ka Darling hairpiece – I’m a Darling ghel after all. Summer is here (sometimes) and there’s still lots more styles I want to try with the brand. Lookout for a post on taking down your braids soon 😘

Kgadi kgadi hee 😜😜😜😜, this is my naarce gift I recently received for Heritage Day! Thank you, team!

I love music, music loves me – like I can get married to music if it was possible! So September 16 was probably one of the biggest highlights of the month and year combined… Sunsets, sounds & good vibes.

weheartbeat and Fakugesi bought Joe Kay, Evil Needle and Masego to the streets of Braamfontein and the lineup on its own made sure that I see everyone that day. Felt like it was a bit unfair to split the guys up like they did but hey… Everyone’s set was on fire for me (especially Masego’s set)!

I was so excited (and honoured) to be asked to exhibit at the recent NITG exhibition and as much as it was a different audience for me it was good stepping out and try new things. I’ve never exhibited or sold at markets before – maybe I’m ready for it?

Tonight's the night, will be out at @nightinthegarden for the #NITGUtamaduni representing our heritage through #doeks ❤️ will be doing tutorials too 👑 📷 @thabisomolatlhwa

That’s a wrap! Hmm let’s see what October has in store for me 😊 Till then, kubye!

The shop is now open for deliveries. For more information on Covid-19, visit www.sacoronavirus.co.za Dismiss